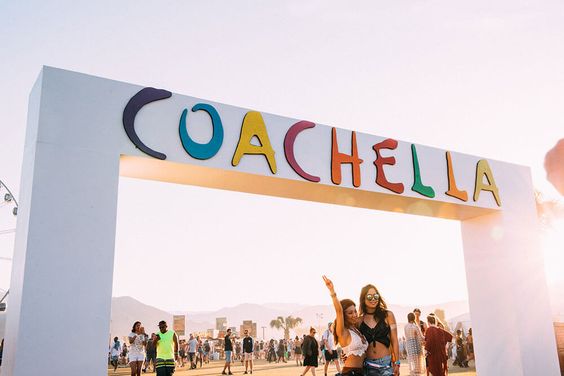 On May 2020, US court overturned the decision to dismiss the claim against the Coachella clause in contracts with artists to limit the booking radius – to prohibit musical groups from performing at other festivals and with recitals during a certain period. This contract clause does not allow Coachella-booked artists to perform at other North American festivals between December 15 and May 1.

The US Ninth Circuit Court of Appeals overturned a federal judge’s decision to dismiss a lawsuit filed against the Coachella organizers for their alleged antitrust violation through a radius limitation clause he places in his artist contracts.

Originally filed in April 2018 by Oregon-based Soul’d Out Productions against promoters of Coachella Goldenvoice, Coachella’s range clause was “violent interference and illegal competition.”

Soul’d Out’s lawsuit alleged that artists like SZA and Daniel Caesar were forced to withdraw from another festival due to the radius stipulated in their Coachella contract, which states that artists who are booked to play at the festival Coachella cannot perform at any other North American festival between December 15th and May 1st, 2018.

Soul’d Out’s lawsuit was dismissed by U.S. District Court Judge Michael Mosman in March 2019. Mosman ruled that Goldenvoice did not harm Soul’d Out as a result of the range clause in the artists’ contract and dismissed the case. Pitchfork reports that a three-judge panel of appeals overturned Mosman‘s verdict on May 12, 2020, concluding that the judge erred in his decision to dismiss Soul’d Out’s claim.

The Panel found that “an injured party can bring claims based on the alleged invalidity of the contract, despite the fact that it is not a party to the contract.”

That meant that Soul’d Out can re-file its claim with the District Court within the next 14 days.

And that was exactly what they did making a complaint runs into a year. Co-owner and cofounder of plaintiff Soul’d Out Productions, Nicholas Harris, said that his company was only looking for fairness and open business environment. He reminded that music and the culture is not the commodity to be exploited. In such way, Soul’d Out not only accused Coachella and its affiliates in monopolising the market but expressed resentment about negative impact of so-called “radius clauses” on the industry in general. Harris said, that this practice will lead to higher ticket prices, fewer venues, less consumer choice and pure quality of consumer experience.

Current Situation About The Plaint

Coachella 2020 f has been postponed on demand from April to October 9-11 and October 16-18 due to the outbreak of the Covid-19 coronavirus and then cancelled for 2020 at all.

Surprisingly, Portland-based music festival organizer Soul’d Out Productions’ ‘radius clause’ lawsuit against Coachella has officially abated a few days ago, as it is stated in the new courtroom document.

As we know, a federal judge decided in March of 2019 that the mentioned clause didn’t violate smaller festivals’ legal rights, though an appeals court overturned the decision this May. The hot courtroom battle had continued and was supposed to get to its peak,   but a new document on this case, obtained by DMN, clearly says that the parties took a break in lawsuit. If to be precise, it states that the matter of the agreement is dismissed with prejudice, no interest, no costs, and each party to bear its own attorneys’ fees.

It’s still a mystery why AEG/Coachella and Soul’d Out suddenly came to calm settling of their case – which spanned many years. None of the parties have posted their opinion on the subject.At the time of publishing,

The most obvious explanation is, perhaps, the COVID-19 pandemic and its exigent lockdown measures. Soul’d Out and Coachella, had to be cancelled this year, just like every crowd-based live performance. In such conditions The prospect of being pulled into the exhausting confrontation – especially when live music’s events can be back make the radius clauses almost useless and certainly unappealing for organizers.